You must hold onto hope.

You must believe in yourself & in the positive potential of humanity.

When my mom got sick with cancer, I was heartbroken. Her case was terminal, a rare type of cancer that no one diagnosed with it is ever given more than 2 years to live; 6 months to 1 year is a more common time frame. And I didn’t want to lose her. We were close and I hadn’t even started my own family yet.

When my father got sick with different, but equally scary type of cancer just a few months later, I snapped to attention. Sure, a small part of me wanted to crumple and give up. A small part of me felt a wave of despair that threatened (or tempted) to drag me down into its sad abyss. Part of me wanted to rage against a world that would strike down both of my active, healthy, and health-conscious parents with cancer at the Same Freaking Time!

But instead, I got very focused and very deliberate. ‘OK, I would say to myself, this is life starting to get real.’ There are moments when the universe sends a clear message: Time to stop putzing around and to start getting onto whatever task you feel driven within your soul to do. I felt an urgency, as if Life (or maybe Death itself) were whispering in my ear, “Are you making the most of your time on earth? Are you living the life you intended? What have you not done that you feel called to do?”

Why did these moments make the urgency so clear to me? Because while I believe in reincarnation with a certainty, I am not going to waste this one wild and precious life by not showing up for my part.

Why must we hold onto hope?

Because when you are paralyzed with indecision, overwhelm, anxiety, depression, or guilt, it can be a major challenge to get stuff done. I know when I’m mired in my misery, I can do a great job at sitting at home hiding from the world, but not such a good job at creating ripples in the world. Not such a good job at living a intentional life.

I’m not sure if you’ve noticed, but the world is changing. Honey, if you haven’t noticed, well, maybe your ignorance is bliss ;) I bring up these changes, because it seems that it is shaking up lots of things, including confidence, composure and assurance in many people. And we all have to determine how we fit into this world.

If you haven’t found your place in this new world, that’s OK. Its not too late.

Start exploring and seeing what feels good to you to be involved in.

I keep thinking back to what the Dali Lama said, “The world will be saved by the Western woman.” I’ve also heard an alternate version, “The world will be transformed by the Western woman taking her own power.” This can be the watershed moment for us to reclaim, raise up and re-value the elements of human expression that are often classified as feminine qualities- nurturing of people, connection, community and community-building, cultivation of home, cultivation of the land in a healthy way, expressions of beauty, art, dance, music, etc.

Let us bring forth such a beautiful, strong, sensitive world that those in opposition cannot help but feel their hearts soften as their bodies and minds lean into this new reality. They will ultimately be drawn in, perhaps despite themselves, because this new world is so refreshing compared to where they have been living.

The same minds who created these problems are not going to get us out of this jam.

If you feel any strong emotion about the political, social, environmental sphere right now, that is your invitation. You are being personally invited to take part in this human evolution. I am inviting you with my words, but the original invitation came from within your own soul.

Do you worry that you will have to give up your job, your comfy home, or your style of clothes and favorite caffeinated drink to participate?

Don’t worry. This evolution does not need you to leave your life behind and become someone uncomfortable and unrecognizable to yourself. You will however need to stop ignoring the voices inside of you who insist that something is not right and that you can do something. Start paying attention to that nagging feeling that maybe you could participate in a new way that helps build a world you want to see.

Start with the easiest step that you can start with today.

This evolution will have moments of gigantic proportion where thousands all act as one. But there will also be millions of small moments that are unnoticed by anyone not immediately in that moment. All of the actions moving us forward are needed, even those that might be seem minor. Sharing kind words, prayers for your enemies, cooking a good meal, caring for a family or friend in need; every small act is important.

These small acts are immensely more powerful than you realize. Few people can step into large acts without first practicing small acts. And when you can’t help it any longer, take some large act- whatever that means for you. Larger acts are excellent. Take the time to give gifts or money to those who need it; its great to encourage others and sign petitions, but often the hard cash in hand is what it takes to get big actions turned into permanent reality.

One of my favorite people in the world, Dr Wayne Dyer said, “Do not die with your music still in you.” There are many of us who are letting the music just sit there ignored, night after night, year after year. Whatever things you’re good at and love to do, bring those out. Do them for you and do them for the love of the future of a new and more wondrous world.

I am getting ready to ask my husband to take every last dollar that is not for bills or our savings this month- and not to put extra into savings, but to donate the most single amount we’ve ever donated to a cause that makes us feel like singing at night.

I am one of the writers of the new human evolution. There are many of us.

There are many of you who have other skills to lend to this evolution.

Don’t forget the hundredth monkey. You know that monkey? We are all that monkey. We can create a new story, a new paradigm so compelling and awakening that the world accepts it. We can transform our world by looking at the world with new eyes.

The hundredth monkey is a hypothetical phenomenon, yet I am open to truths being true that have not yet been proven. In this phenomenon, a new idea or technique can be spread rapidly by unknown means from one group of organisms to all related groups of an organism, once the critical mass of organisms with that knowledge is reached.

Remember this in the coming days. You might be downloading information in your meditations or quiet times that are new ideas or new ways of being for all of humanity.

Here’s the thing, I say that I am a writer of the new evolution of humanity. And I am. Which is a rather bold statement to make.

And when I say that, I likely place myself amongst the greats of our time. I am placing myself among the thought leaders of the world. It might seem strange to you or others, that I consider myself in the same company of those who are incredibly famous, well-known, and followed by thousands upon thousands of people. It might seem especially strange, because I am not followed by near the size or percentage that those people are. But the thing is the numbers don’t matter. And it’s not egotistical for me to consider myself among those like Shiloh Sophia or Marianne Williamson, Shaun King, or Van Jones or my local Asheville celebrities. The reason is not egotistical is twofold, one I’m not worried about what the critical people think about me. And two, I need to take whatever small or large acts I feel called to do.

There are words within me that need to be put out into the world.

There are worlds within you that need to be put out into the world, expressed, shared, and vocalized.

Whether those are read by 3 people or three thousand people or three hundred thousand people is irrelevant. Perhaps some of those great thinkers worry every time they write something about how it will be received. But I can guaranteed an equal number of those people doesn’t give a damn what will be the reception, because they know that there are words that need to be spoken and since the words came to them, well, its their damn time to write them. If we must hold onto hope, how exactly you might ask, do we do that? How do we hold onto hope. We hold onto and sustain hope by taking the actions and doing the moves that we are called to do. We do the small or large acts, not worrying about the size or perceived importance of these acts. We do these acts because that is how we keep hope alive in ourselves and each other.

And that’s the point. You who are reading this right now.

Each one of us has a role in this new time of humanity to bring forth that which is within us to help the new human evolution to emerge. It doesn’t matter what other people think of you or if the scale is high level compared to people who we see online or in our daily life.

Your soul expression wants to speak, wants to shine. 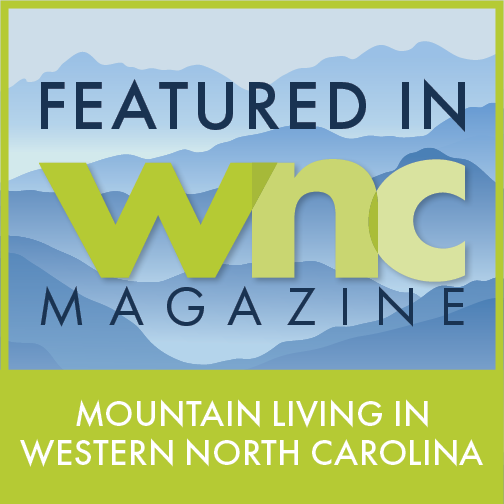